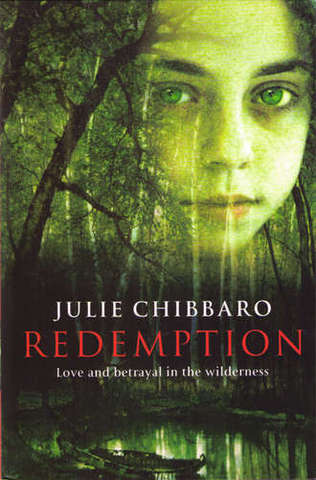 Winner of the American Book Award!

Kirkus Reviews Twelve-year-old Lily and her mother are forced off their English land by the baron's men. Her father has been missing for many months now, and they are to seek safety from religious persecution in passage to the New World. But all is not what it seems, and the nightmarish voyage, the evil baron, and Lily's loss of innocence on board the ship are just the beginning of Lily's travails. When the ship literally crashes into the New World and breaks apart upon the rocks, Lily and the baron's son Ethan go ashore and begin a new life there. Set in the early 1500s, Chibbaro's debut explores the early settling of America, with Europe's transition from Renaissance to Reformation as the backdrop. Chibbaro writes colorfully, and the monstrous baron, religious dissenters, the Atlantic crossing, and the early meetings of Europeans and northeast woodlands Indians, well before Jamestown in 1607, offer a fascinating look at a little-known side of American history. (historical note, author's note, bibliography) (Fiction. YA)


School Library Journal Gr 9 Up-In 1524, 12-year-old Lily Applegate leaves her small village in England with her mother for the New World. They believe that her father has been sent there as punishment for harboring a Protestant monk. On the crossing, an evil baron takes her mother hostage. Lily befriends his son, and they pursue her mother. Lost in the frightening woods, they are reunited with Lily's father, who is living with the Nooh Indian tribe with a new name and a new wife. As Lily struggles with this discovery, she is put to a final test when she finds her mother dead. Her faith, which had always been so sure and steady, is thrown into great turmoil as she finds herself caught between the survival of the body and survival of the spirit. Chibbaro weaves a fast-paced and engrossing story. While the details of early exploration of the Americas are sketchy at best, the author does her best to fill in the details of the earliest Europeans to arrive in the Americas. The historical elements are well done, and the author paints a vivid picture of the living conditions on a ship, and then the Europeans' fears when they arrive in a strange and unforgiving land. While this story is engaging and exciting, the vocabulary and themes are sophisticated. This absorbing read will appeal to older teens who have a thirst for adventure and historical fiction.-Anna M. Nelson, Seabrook Library, NH Copyright 2004 Reed Business Information.