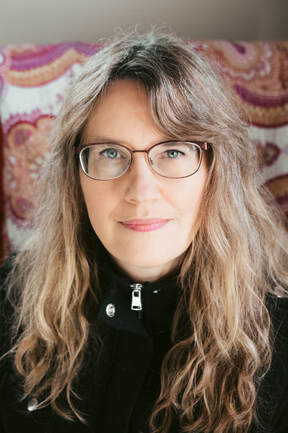 Julie Chibbaro is the award-winning author of three novels: Into the Dangerous World  (Viking, 2015), about a girl artist on the NY streets in 1984, Deadly (Simon & Schuster 2011, Scholastic 2012), a medical mystery about the hunt for Typhoid Mary in 1906, and Redemption (Simon & Schuster 2004) historical fiction about a girl's unintended trip to the New World in 1524.

Into the Dangerous World was a Junior Library Guild Selection, was named a 2016 Notable Social Studies Trade Book by the Children's Book Council, and was  nominated for the North Carolina YA Book Award. Deadly won the 2011 National Jewish Book Award, and was Top 10 on the American Library Association's Amelia Bloomer Project list. It was named a Bank Street Best Book, and an Outstanding Science Trade Book by the National Science Teachers Association and is now part of many schools’ curriculum. Redemption was nominated for the Illinois HS Book Award, and won the American Book Award.
Julie has appeared on author panels throughout the country, and has visited schools through Behind the Book. She has conducted many author visits and has taught at the Gotham Writers Workshop and The Highlights Foundation. She was a mentor for the PEN Prison Writing Program and through Poets & Writers grants. She is the founder of Get Lit Beacon, a reading series and literary salon. She currently works as a staff editor and social media manager at the bioethics think tank The Hastings Center.

Julie has written for The Prague Post, The Montreal Gazette, The Poughkeepsie Journal, Hudson Valley Magazine, NY States of Mind, Books in Canada, SundanceTV, Tuttle Publishing, and many other venues. She studied writing at The New School, and with Sue Shapiro and Gordon Lish, among others. She received scholarships to study with Clark Blaise at the Prague Writers Workshop, and with Janet Fitch and Amy Tan at the Squaw Valley Community of Writers. At the New York Writers Institute, she took a Master class with Marilynne Robinson and Ann Beattie. She is represented by the agent Jill Grinberg. 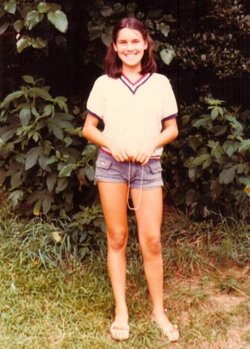 * Did you always want to be a writer?
No. For the longest time, I wanted to be an actress (I went to the Fame school in NYC, Performing Arts). I didn’t decide to become a writer till I was nearly 30. As a kid, I saw books as friends (ok, I didn’t have a whole lot of real friends, and books were rather nonjudgmental: they liked me no matter what.) I read until late at night, when I’d fall asleep with the light on and get yelled at in the morning for wasting electricity (it was worth it). I got a job in high school to pay for the electric bill so I could keep reading. But it never occurred to me that I could be a writer.
* How much of your writing is based on your own experience?
I often write about people from long ago, which limits what I can use from my own experience. Still, everyone since the beginning of time has fallen in love, or hated, or been jealous, or has known extreme joy. So in that way, I use what I know in my work. The human element. 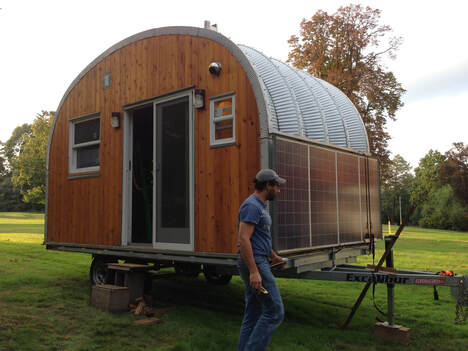 JM and our tiny house of steel
​
* How does your spouse/​significant other feel about your writing career?
My husband, the artist JM Superville Sovak, married me for my writing. But really, he’s my first reader and editor, and he doesn’t spare my feelings. We often fight about our work (he’s the artist for Deadly and Into the Dangerous World), but without him, I wouldn’t be much good, so I can't fight with him too much. 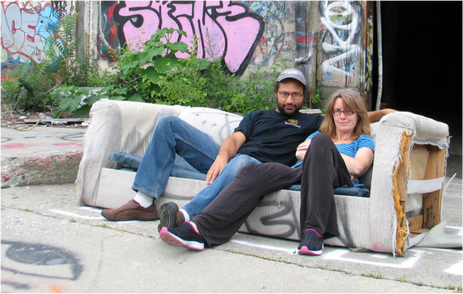 Researching graffiti
* Do you do massive amounts of research?
Yes. I even do research on things that don't pertain to what I'm writing. It tends to be a problem, because I can easily fall in love with details that don’t belong in my work, and then it’s tooth extraction, trying to get them out. But I feel it’s important for me to know a lot about a time period before I start writing.
* How much of the details in your novels are true to historical fact?
Well-chosen details place my readers in the time period, so I try to use real things I find in my research. Even though I lived through the early graffiti era, for instance, I still interviewed many street artists to understand their stories. I studied art through videos, books, movies, talking to artists, visiting galleries and museums, and trying out spray paint myself to see how it felt.
* What is your writing process like?
When I’m just looking for ideas, I will read voraciously, mulling over stories that I think might work for me (I need to really adore an idea before I’ll commit years to it). Once I have an idea, I’ll read voraciously (again) to get a sense of the time period. While reading, I try to allow characters to surface, letting different voices in. When a voice, or main character, becomes clear to me, and I have an idea of their story, I’ll start writing. I write five days a week.
* What brings a character to life for you?
Mostly, when I can see both sides of a person – their strengths and weaknesses. They are alive for me when I can understand why they made certain choices. In Redemption, I understood Lily from the very beginning – how the pain of losing her father drove her to ask her mother to go to the New World, a very dangerous and frightening trip in 1524. In Deadly, it took me a little longer to get Prudence. The book was rewritten a number of times – first in a boy’s voice with an added story, then pared down, until I found Prudence. I understood her the moment I realized she helped her mother deliver babies in 1906 in crummy apartments in New York City’s Lower East Side. For Into the Dangerous World, I had been living with Aurora, the idea of her, for many years. It wasn't until my editor suggested I focus the book on her that it began to take its current shape.
* Do you have any advice for young writers?
Read books. Study what you’re reading to try to understand what works and why. Type out your favorite passages from books to see what it feels like to write well. Try stuff out, be willing to throw a lot of it away. Read your work aloud, either to yourself or to someone who won’t laugh at you. Find people who will tell you the truth about your writing, in a way that can help you improve without crushing your ego.
* What is the one book no writer should be without?
Roget’s Thesaurus. Writers tend to have ten favorite words they use over and over and Roget can help us out of that cycle.

These two are my biggest inspiration!

What a peace of work!